Embezzlement is a white-collar theft crime. If you rob a bank with a gun and say, “Give me all your money,” then that would be a robbery charge; if you work at a bank and use your position to steal a lot of money, then that would be an embezzlement charge. Embezzlement involves using a position of trust to steal money. Most cases involve employees, friends, or caregivers who have access to the bank accounts from which they steal.

What Are The Legal Consequences Of A Felony Embezzlement Charge in Nevada?

Any bailee of any money, goods or property, who converts it to his or her own use, with the intent to steal it or to defraud the owner or owners thereof and any agent, manager or clerk of any person, corporation, association or partnership, or any person with whom any money, property or effects have been deposited or entrusted, who uses or appropriates the money, property or effects or any part thereof in any manner or for any other purpose than that for which they were deposited or entrusted, is guilty of embezzlement

Embezzlement is stealing property that the thief had legal possession of.1 Embezzlement is commonly called employee theft or employee fraud. That is because many cases stem from charges of workers taking their employers’ assets.>

Example: Ralph is a cage worker at a Las Vegas Casino .One day a customer hands him $1,000. Instead of putting it into the register, he steals it. The money legally belonged to the casino which entrusted Ralph with possession of its money. By taking it for himself, Ralph embezzled it.

But an employer/employee relationship is not necessary to embezzle. Embezzlement can occur between friends, family, co-workers, or strangers. There just needs to be a relation of trust or confidence.2

IF the pedestrian in the above example made no agreement with Irving and just took the motorcycle, he would instead face charges for grand larceny of a motor vehicle, NRS 205.228

For a felony charge of embezzlement, The statute of limitations is four years. For any misdemeanor, the statute of limitations is one year and one day. Embezzlement is both a federal and a state crime depending on the amount that was embezzled. If you embezzled hundreds of thousands of dollars, then it would probably be a federal crime. If convicted of a federal felony, then probation will not be offered. If you have a state embezzlement case and have the wherewithal to pay it back, if it is your first offense, then you could probably get probation.

What Are White-Collar Crimes?

I describe a white-collar crime as one involving a person who uses a situation to convince people to give them money to which they are not entitled. White-collar crimes include embezzlement and fraud (e.g. Medicare fraud, mail fraud, wire fraud), whereas street crimes include theft, robbery, violence, murder, substantial bodily harm, battery, etc. Some people wonder whether the defendants in white-collar crime cases are treated any differently than other defendants. To that question, I would respond by saying that a crime is a crime, but in street crimes, someone is usually physically injured.

What Are Some Potential Defenses To White-Collar Crimes?

One defense to a white-collar charge is that you were given permission to use the money that you allegedly stole. If there is a joint account between partners and one partner claims that the other ripped them off by taking the money out of the account, that would not be considered embezzlement (or a crime at all) because both partners would have had the authority to access the account.

If you rip off someone in the amount of $25,000, then your restitution would be to pay back that $25,000. In these cases, we would try to make it so that paying the restitution leads to a better resolution. For instance, if you plead to one kind of felony theft and the restitution is $25,000, and if you pay it and successfully complete probation, then you would be entitled to a drop-down from a felony charge to a gross misdemeanor charge. Once the gross misdemeanor is entered, it’s considered credit for time served. This would be a big deal because the consequences of a felony conviction are so serious.

Drop Downs To A Non-Felony Result

I recently handled a case in which restitution for my client was $38,000. The deal was that if he paid the restitution and was honorably discharged from probation, then he would get the benefit of the bargain and the drop-down. When I negotiated this case, I didn’t realize until the client pointed it out that if the insurance company were to agree to a different amount, then that amount would be construed as full restitution, and paying it would still result in a drop-down. The client made an agreement with the insurer that he was going to pay $25,000, but he needed to wait for his house to be sold.

For whatever reason, the probation officer decided to discharge my client early and give him a dishonorable discharge, which made my client ineligible for the drop-down. Based on the situation, I filed a motion to modify the sentence and argued to the district attorney that my client should not have been take off probation dishonorably. The prosecutor said that if I could show proof that my client paid the $25,000 in restitution, then that would be good enough and my client could still get the drop-down. The judge always reserves the right to make his own decision, but since the prosecutor agreed to the deal, I was 99.9 percent sure that the judge would file it.

The other thing I did in the negotiations with the DA was say that we could do this nunc pro tunc to the date of the original sentencing, which was almost four years ago.  This means that as far as the court is concerned, it was entered on the date of the original sentencing. This is important because a gross misdemeanor can be sealed after two years, and this meant that my client’s record could be sealed right away.

Sealing a record usually takes up to six months, but felonies take longer. Most crimes that get dismissed can be sealed right away, and most misdemeanors can be sealed after one year. A DUI or domestic violence conviction cannot be sealed until seven years have passed because these are progressive crimes. In other words, if you get a second DUI or domestic violence charge within seven years of the first, then the penalties are stiffer.

For more information on Embezzlement, an initial consultation is your next best step. Contact our Las Vegas White Collar Crimes Attorney right away. Get the information and legal answers you are seeking by calling (702) 385-9777 today.

What Happens During A DUI Stop? 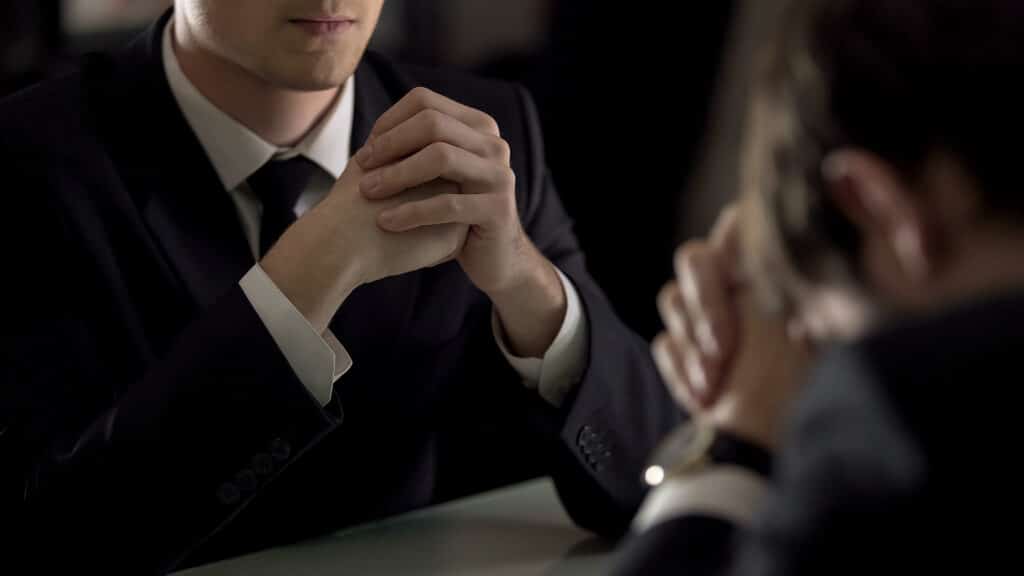 What is Preprosecution Diversion in Nevada?

Why Should I Not Lie To The Police?