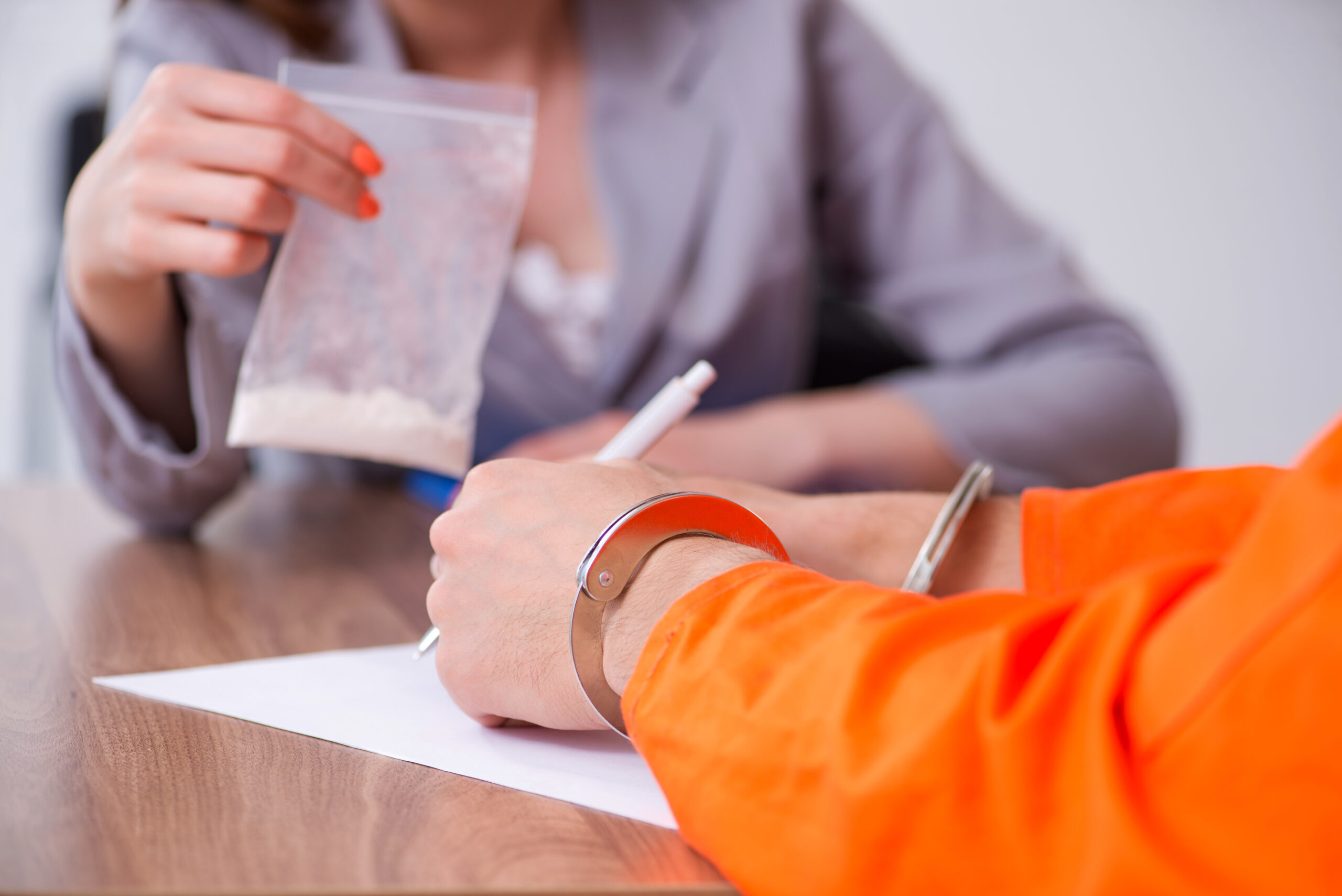 Drug crime charges are taken very seriously in the state of Nevada and can lead to both misdemeanor and felony charges. If you are not familiar with Nevada’s laws, you may not know what to expect when it comes to your drug offense case. Different facts could lead to very different outcomes, such as what drug was involved—Ambien is treated differently than methamphetamine, for example—and the amount of the drug in your possession. If you are facing criminal charges related to illicit drug use or possession, you need drug crime attorneys who know the law extremely well and can offer the legal counsel you need to avoid a drug conviction. Drug Crimes Attorneys Yampolsky & Margolis Criminal Defense Las Vegas can help you with any drug crime charge. Mace and Jason have been helping people in Las Vegas for over 40 years! Give them a call today at (702) 385-9777 for a free consultation.

What Are Some of the Drug Categories Under Nevada Law?

Schedule I drugs are substances that have been determined to have:

Common Schedule I substances include:

Schedule II drugs are substances that have been found to:

Schedule III drugs are substances that have been found to:

Schedule V drugs are substances that have been found to:

How Much of a Given Drug Can Result in a Conviction in the Silver State?

The most common drug-related crime both statewide throughout Nevada, and specifically in Clark County, is illegal “possession of controlled substances”, referred to within the criminal defense community as “PCS”. Drug possession crimes are delineated by statute and there are specific statutory limits for each named controlled substance—up to “X” amount. The charge remains a simple possession charge, but as the amounts of illegal drugs rise, so too do the charges, ranging from Possession with Intent to Sell, to Transport of a Controlled Substance, to Trafficking in a Controlled Substance which is a very serious, high-level felony charge.

Given that the maximum penalty for high-level drug trafficking in Nevada is a potential sentence of Life Imprisonment without Parole (colloquially known as “LWOP”), the consequences of poor representation could be measurable in years or even decades, not days and/or months.

As far as drugs within schedules I-IV, possession of up to 4 grams of any of the above drugs should be a simple possession offense, an E Felony, carrying a potential 1-4 year term in the Nevada State Prison for a first or second offense. The punishment also includes a fine of up to $5,000.00.  A third possession offense will be charged as a D felony and will carry a similar 1-4 year term in the Nevada State Prison. Obviously, a third offense is much more likely to result in a custodial sentence being imposed than would the initial offenses.

What Happens if I Am Charged with Transporting Drugs?

NRS 453.321 provides that transporting a controlled substance listed under Schedules I or II of the Controlled Substances Act will be punishable as a felony, carrying a potential 1-6 year term in Nevada State Prison. This is a PROBATIONABLE offense but if your case is handled poorly, a first offense under this statute may well mean 12-30 months in NDOC, or even 2-5 years in NDOC. It is perhaps even more vitally important to be represented by competent and experienced counsel when facing a Transport or Trafficking charge in the drug arena because the potential for lengthy prison stays is much, much greater when handled improperly.

For many drug offenses, subsequent charges of the same type will carry potentially enhanced penalties for the accused. Transport of a Controlled Substance is one of these. The law is premised upon the idea that, once in a while anyway, an individual is unknowingly and/or naively “tricked” into being a “mule” or transporting drugs or drug paraphernalia for someone else, the actual so-called drug dealer or trafficker. The Transporting a Controlled Substance charge arises from this recognition and provides some leniency in the statute but is not at all lenient for subsequent charges.

This is to say that by the time a Court sees an individual charged under this statute a second time, the idea that this individual is “unknowingly” doing the transporting is significantly weakened. As such, the second offense of this type carries heightened exposure for the defendant— while the second offense is still a B Felony (and not the most serious, an “A” Felony). Being a felony, the punishment is more severe as the term of imprisonment is ratcheted up to 2-10 years, the fine is raised up to a maximum of $20,000.00, and the offense is NOT ELIGIBLE FOR PROBATION. Similarly, a third offense under this title will carry a potential 3-15 years in NDOC and a maximum $20,000.00 fine.

What are the Consequences of Trafficking Controlled Substances?

There are three levels of drug trafficking in Nevada under NRS 453.3385:

Controlled substances aren’t technically illegal drugs, but you can see that the punishments for drug smuggling are equally severe as these are still seen as felony crimes with roughly the same prison sentence as with other drugs, if not even harsher. No matter the drug is involved, if you are facing charges of transporting illegal drugs or prescription drugs used in an illegal manner, you need a criminal attorney who will fight to protect your constitutional rights and see that justice is on your side.

How Can I Get Justice if I Was Set Up by the Government?

There is a new body of law regarding “stash houses,” where government agents essentially set up a crime, typically with people who would not have the wherewithal to actually commit the crime. These cases may be dismissed for Outrageous Government Conduct. However, this is a rare remedy.

At Yampolsky & Margolis Criminal Defense Las Vegas, we had the pleasure of defending a case like this several years ago. While we were unable to successfully get the case dismissed, our client was thrilled with the outcome, which saw him beating the vast majority of the more serious federal felonies following a contested motion hearing wherein we alleged outrageous government conduct by the DEA and FBI. This case is a favorite of ours at the firm because it highlights what we do extremely well–protect our clients from the overreach of an aggressive and hostile federal drug law that disproportionately targets young people, especially those of color, by almost luring them and inducing them to commit federal drug offenses. We will fight for you as well, and we have experience doing so.

With our years of experience helping clients avoid drug crime convictions, we are also aware of the shortcuts police officers take when making arrests that can have a huge impact on your case. When you hire our firm, we will thoroughly investigate every aspect of your case to make sure that your rights were not violated under Nevada law. If the arresting officer did not have probable cause to stop you or enter your home, this could constitute an illegal search which is a violation of your rights, and any evidence gathered in related searches could be thrown out. In addition, if you were not read your Miranda rights, any statements you made to the police could also be thrown out. As your drug crimes attorneys, we will make sure your rights are not violated and that you are protected.

Will Hiring Drug Crime Lawyers Save Me Time and Money?

Drug-related crimes are perhaps some of the most aggressively prosecuted crimes in our legal system today. The zero-tolerance atmosphere we live in makes it nearly impossible for a person charged with a drug-related crime to get a fair trial. A conviction on these charges in Las Vegas can carry some extremely harsh penalties including fines, probation, and jail time. At Yampolsky & Margolis Criminal Defense Las Vegas, it is our goal to mount a vigorous defense for all of our clients from the initial stages of the case through the whole trial. We are skilled attorneys and are proud of our track record in cases that have gone to trial. Our firm has rightfully gained a reputation for its outstanding work as defense attorneys in Las Vegas NV. If you are facing drug charges, be sure you have a strong advocate in your corner to help protect your rights.

We aim to make a difficult and onerous process as painless as possible. We know the court systems in the area, we know how the Las Vegas drug laws work, and we know how to talk to the juries of ordinary Las Vegans that decide cases. These factors make Yampolsky & Margolis Criminal Defense Las Vegas your best shot at redemption. All of these bases of knowledge and experience give our firm a decided edge over out-of-state lawyers and make us a leading candidate to fight your case in court. Give us a call today at (702) 385-9777 to speak with our Las Vegas drug crime lawyers.