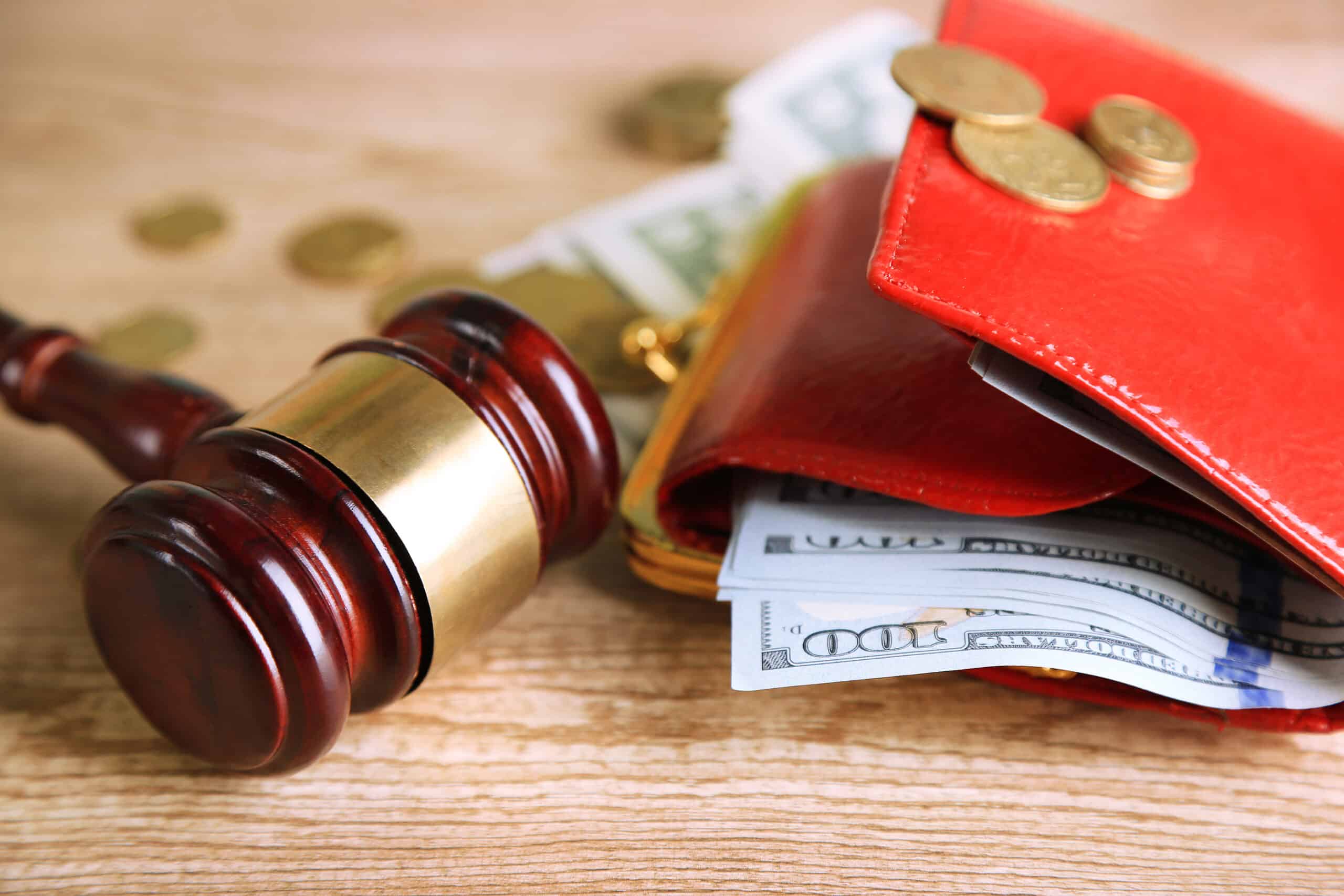 The process of sealing or expunging your Las Vegas or Clark County criminal records can be a daunting one without the help of a skilled Nevada attorney. When you get your arrest/conviction records sealed, you will be able to legally answer “No” when asked if you have ever been charged or convicted of a crime, whether this is in testimony under oath in a legal proceeding, during a job interview, or when filling out a job application. A clean criminal record, free of past indiscretions, may be the precise thing that gets your foot in the door at that school you always wanted to attend or may enable you to enter into a career field that has never been available to you before.

We strive to help convicted clients earn a fresh start after they have paid their debt to society. Records related to a conviction for various crimes that were committed in Nevada can be sealed. Record sealing in Las Vegas can prove to be slightly complicated in certain cases so you have to be aware of the various laws concerning record sealing that are applicable in the state. For instance, there are specific, statutorily mandated waiting periods that must be endured before a Petition to Seal records will be considered by a Nevada court. Our law firm can evaluate the details of your conviction and assist you with the process of Record Sealing in Las Vegas. Reach out to us today for a free consultation at (702) 385-9777.

Is There a Difference Between Record Sealing and Expungement?

Quite simply the answer to this question is a terse “No.” Native Californians are familiar with the idea of the “expungement” of a criminal record. In the Golden State, the process is very similar to that here in the Silver State—obtain your SCOPE, or criminal history in the instant jurisdiction; obtain a fingerprint card within a relatively short period of time (in Nevada, within 30 days); prepare the Petition, listing all arrests, convictions, citations, etc. to be sealed and/or expunged; and pay the filing fee of $270.00. for the Petition to Seal itself and, another, nominal fee of $3.50 to file the Order Sealing Criminal Records. Each entity that possessed either a paper or electronic record of your citation, arrest, or conviction would have a specified timeframe within which to purge those records from all of their facilities, databases, and so forth.

Sealing Las Vegas, Clark County, Henderson, North Las Vegas, and various other Nevada criminal records can be a long and tedious process, oftentimes taking anywhere between six months and one year. While the Petition to Seal Criminal Records is a relatively straightforward, form of pleading, the reality is that each court, be it the Laughlin Justice Court, the Boulder City Municipal Court, the North Las Vegas Municipal Court, or the Goodsprings Justice Court, will have their own specific rules and peccadilloes which must be followed. For this reason, to save some headaches and grief, we always encourage our clients to consider retaining us to seal or expunge their criminal record when the representation in the underlying case has concluded.

How Does One Obtain Record Sealing in Clark County?

Record Sealing Las Vegas is a good initiative as it provides people who have made mistakes in life a chance to start fresh and to forge a new identity for themselves that does not reflect their past indiscretions. It is a way for people to put the past in their rear window and move ahead with a fresh outlook on life, without the fear of being discovered or ousted by people who just want to tarnish their reputation using their past behavior as an example. Our entire justice system is based on the premise that if you commit a crime or make a mistake, you are liable to pay for it, as outlined in our constitution and laws. However, once that punishment has been served, you have every right to make efforts to reintegrate in to society, so that you can move and become a productive member of society, despite the transgressions you might have committed previously.

Beginning to seal your record can be overwhelming with all of the different choices involved. The best way to go about getting your criminal record sealed is to contact a trusted criminal defense lawyer like those at Yampolsky & Margolis. Once you have legal representation to help you through this tricky process, you will probably end up following the steps listed below:

Your SCOPE is a current, verified, criminal history that must be acquired from the Las Vegas Metropolitan Police Department (LVMPD). Instructions for obtaining your SCOPE are available by calling Metro at (702) 828-3475. If one or more of the charges the petitioner wishes to seal resulted in criminal convictions, one must also acquire certified copies of the “Judgment(s) of Conviction and Discharge.” These documents can be obtained by visiting the District Court Clerk, located within the Regional Justice Center at 200 Lewis Avenue, Las Vegas, Nevada 89155. Standard operating hours have long been from 8:00 a.m. until 5:00 p.m., but we recommend calling (702) 671-4554 to confirm those operating hours. Given that we are immersed in the age of COVID, pandemic hours may still be in force.

Second: Analyze the contents of the SCOPE

Your SCOPE can help you determine which court to file your petition in, for instance, Henderson Justice Court, Eighth Judicial District Court, or Laughlin Justice Court. In the event that the petitioner may have had cases in multiple courts—a common occurrence—then the appropriate court within which to file the petition will be the Eighth Judicial District Court. The Clark County District Attorney’s Record Sealing website may provide additional assistance.

The next step is to go to the Clark County District Attorney’s website and download the appropriate template:

Fourth: Mail or Hand-Deliver in Person All Paperwork

The documents (SCOPE, judgment(s) of conviction and discharge, and THREE (3) COPIES of each of the original petition, affidavit, and order) must be sent to the Clark County District Attorney’s Office at 200 Lewis Avenue, Room 3303, P.O. Box 552212, Las Vegas, NV 89155. The package MUST include all of the above-described documents within the parenthetical above.

Collecting the entire record and properly formatting the documents is not only a time-consuming task but must also be done in perfection in order to achieve a criminal record sealing. We highly recommend that anyone wishing to get their criminal record sealed only attempt to do so with an excellent defense lawyer who knows the law and has experience sealing records in Clark County.

Fifth: Take the Signed Order to Seal to the District Court Clerk

Each Justice Court, such as the Las Vegas Justice Court, Henderson Justice Court, Laughlin Justice Court, Mesquite Justice Court, or a number of others, has its own procedures but many of them are more similar than they are different. In each Court the following requirements must be met: (1) obtain SCOPE; (2) Submit a Petition to Seal to the District Attorney and Judge; and (3) mail the Order to Seal to various stakeholders such as jailers, courts, and government agencies such as the Department of Parole and Probation. Many Nevada Courts have actually gone so far as to post their record sealing instructions and/or manuals online for the public.

As you can see, the record sealing process is lengthy and can get quite complicated. It can also be extremely frustrating to get so far into getting your records sealed and find out that your local court wants things done differently than what you have prepared. For these reasons, the absolute best thing you can do is to first reach out to a criminal record lawyer with experience sealing records in Nevada. You will likely spend large amounts of time and stress trying to seal your record on your own without any help. Our law firm takes great pride in helping individuals who may have made mistakes in the past get back on their feet, so give us a call today to start the process of getting your records sealed.

Can Juveniles Get Record Sealing?

As a general rule, juvenile cases are sealed as a matter of course when the individual minor turns 21 years of age, provided that the crime or crimes of conviction were not felonies, were nonviolent offenses, and did not involve lewdness with a minor child. All those juvenile offenders not eligible for automatic sealing of their juvenile criminal records will become eligible once they attain the age of 30 years old. These petitions generally have the highest odds of being granted, given the impetuosity of youth and the widely held idea that the vast majority of folks simply “grow out” of criminal behavior.

Can Record Sealing Be Done for Federal Cases?

As a general rule, federal felonies cannot be sealed without, quite frankly, a so-called “Act of Congress” or in the event of a Presidential pardon. Getting charged and convicted federally is no fun, and those of you reading this might now better understand why “making a federal case out of it,” is such an unfortunate circumstance. By and large, you simply cannot seal a federal felony. The one well-known and often underutilized exception to this rule is first-time, nonviolent drug offenders UNDER the age of 21. Federal law permits the sealing or expungement of first-time drug offenders convicted of simple drug possession while under age 21. If you need record sealing in Las Vegas, contact our Las Vegas record sealing attorney right away.

What are Some Factors that can Affect the Court’s Decision to Seal Records?

While the state of Nevada does offer former convicts and lawbreakers the chance to seal their records from the public, there are certain stipulations attached to this process, depending on the type of crime a person had been accused of or served jail time for. Record sealing in Nevada takes into account all the various conditions that govern a convicted person’s case, and a judgment is made based on everything from the type of crime, the time served in jail, the behavior exhibited with prison staff while incarcerated or with parole officer after their release, as well as the quality of legal representation.

Per NRS 179.245, the following convictions are not eligible for sealing until Statute of Limitation Requirements have been met from the time your case is closed, including parole or probation:

Can Our Criminal Defense Lawyers Help Get Your Record Sealed?

We strive to help convicted clients earn a fresh start after they have paid their debt to society. Records related to a conviction for various crimes that were committed in Nevada can be sealed. However, record sealing in Las Vegas can prove to be complicated in certain cases because you have to be aware of the various laws concerning record sealing that are applicable in the state. For example, the number of years that must pass before petitioning the court to seal a criminal record depends on the type of crime that was committed. Our law firm can evaluate the details of your conviction and assist you with the process of record sealing in Las Vegas. With our Las Vegas record sealing attorney by your side, the case can be closed forever! Give us a call today to talk to our criminal defense lawyers and attorneys.  We can be reached at (702) 385-9777.